das hofgartenhaus is a fine piece of modern architecture containing 28 wonderful apartments. In a garden-like setting and with a view of classic façades, contemporary apartments are being created in an elegantly understated building. The arrangement of the loggias in a clear grid reveals that the focus of this architectural concept was on the building’s rapport with its immediate surroundings. The importance of the location at Riehmers Hofgarten was thus duly taken into account. The spacious atmosphere, the feeling of light and air, is being transferred from the outside to the inside. A shared courtyard will be created between das hofgartenhaus and the existing buildings at Hagelberger Strasse 6 and 7 – this will be available to everyone to use. The living area in the apartments ranges from 53 to 133 square metres, with two or four-room floor plans. 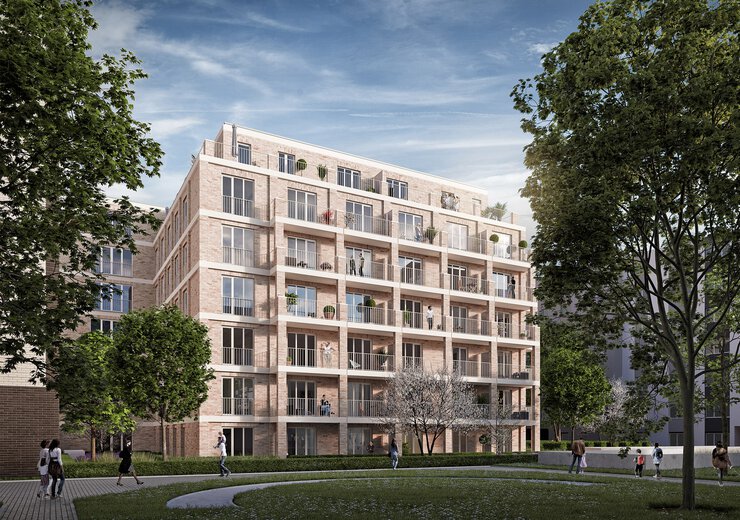 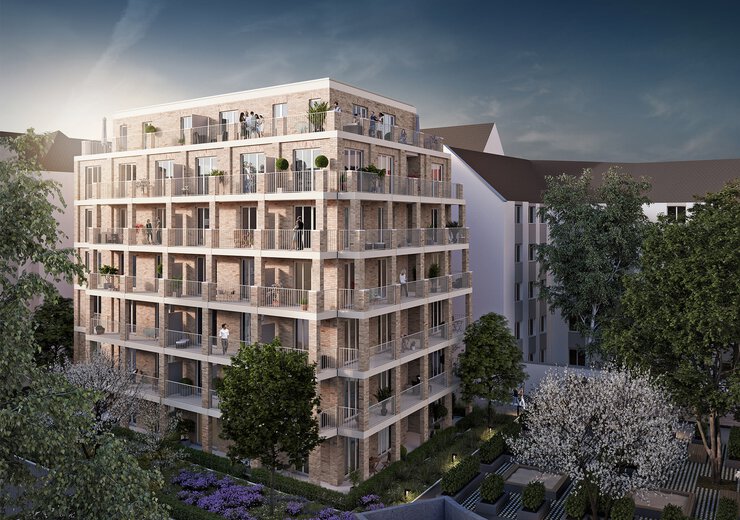 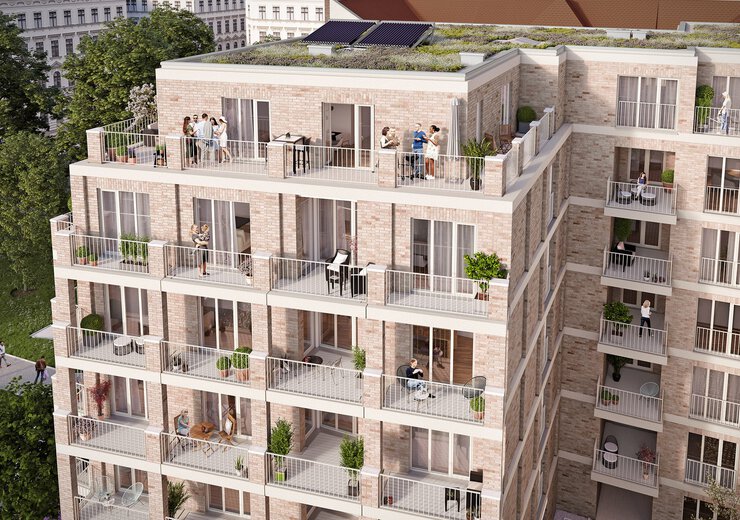 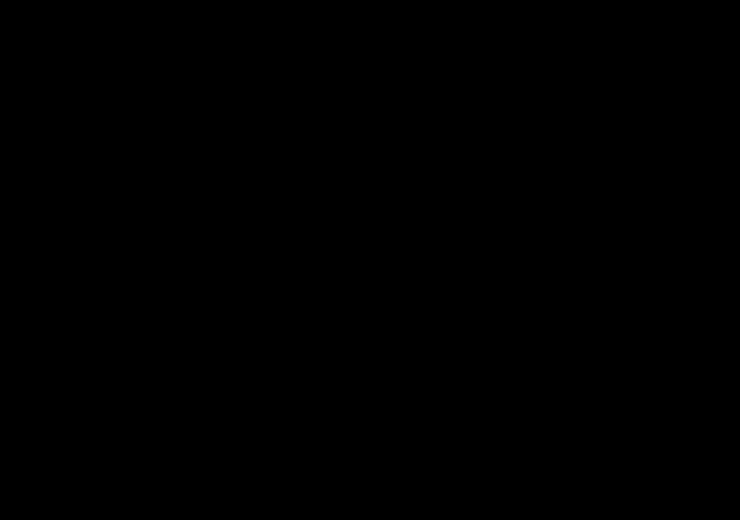 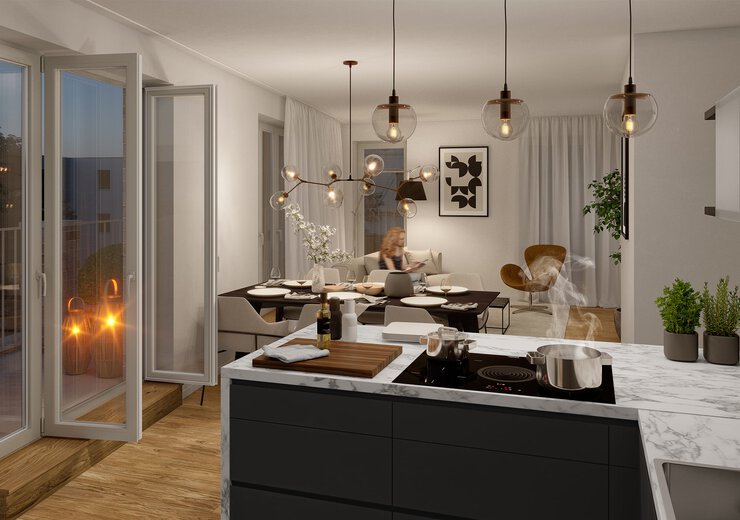 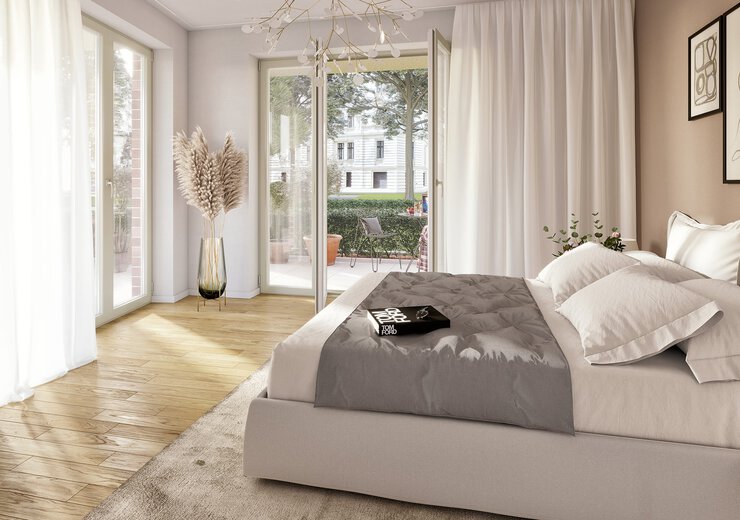 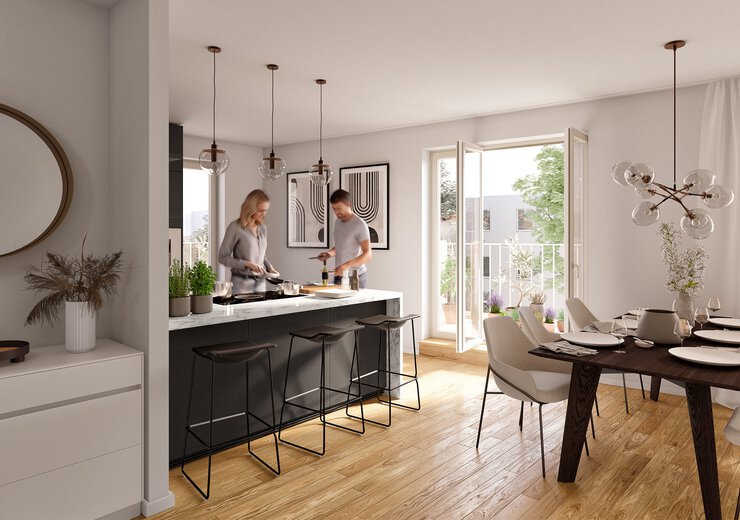 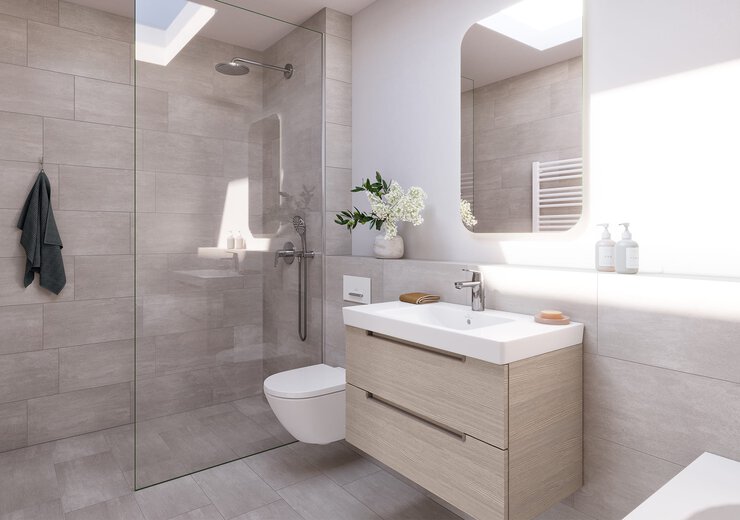 das hofgartenhaus is framed like a picture. The neighbouring complex at Riehmers Hofgarten forms the outer frame, the greenery of old trees and young plants the passe-partout. Master mason Riehmer realised his life’s work here between 1881 and 1899. He created a unique ensemble of 18 residential buildings around a park-like courtyard. His buildings were complemented by other magnificent buildings with several shops and restaurants in the district between Yorckstrasse, Grossbeerenstrasse, Hagelberger Strasse and Mehringdamm. 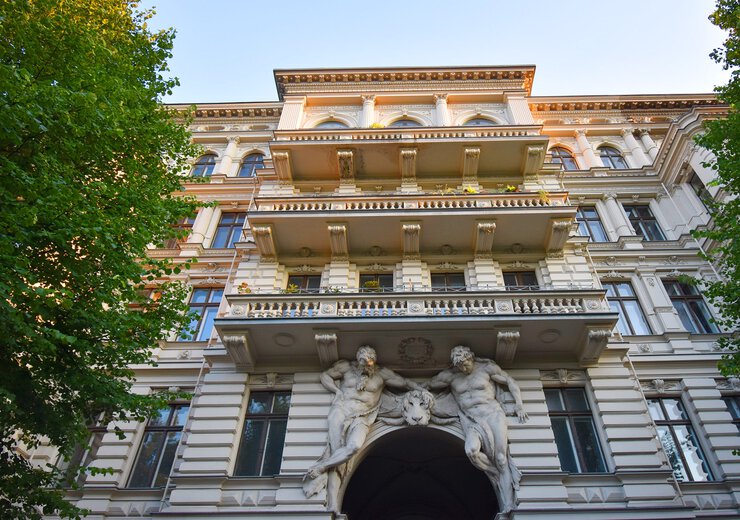 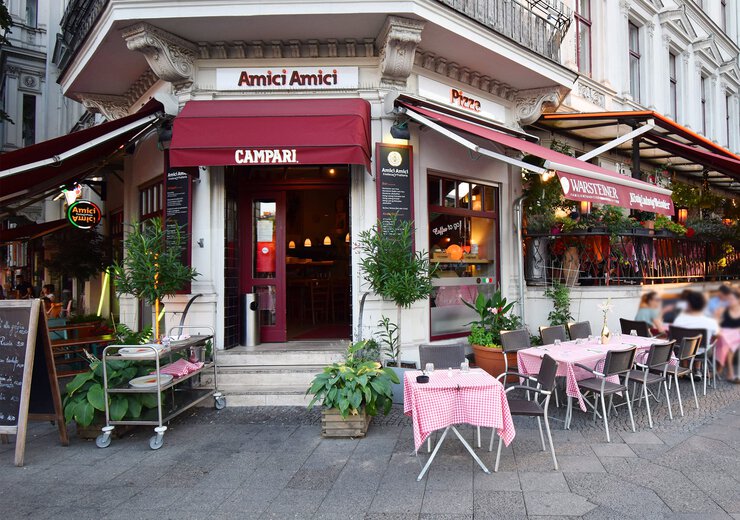 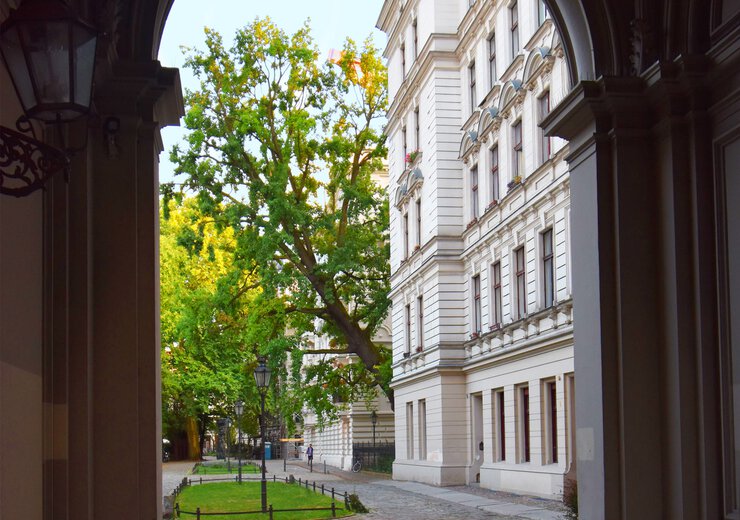 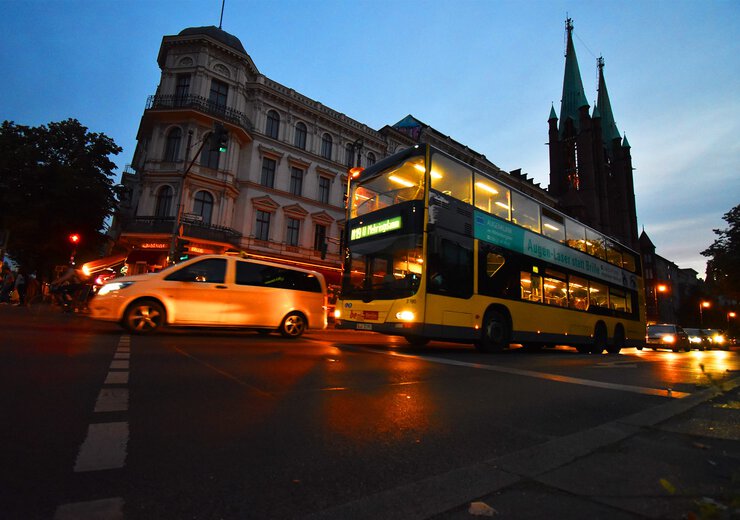 Kreuzberg is one of the highest hills in Berlin, rising 66 metres above the city. At the top, the monument to master builder and architect Karl Friedrich Schinkel has crowned the Kreuzberg for around 200 years. The top of the monument bears an iron cross – to this day, it has lent its name to both the mountain and the district. Below the monument, the Viktoriapark nestles against the hill. One of Berlin’s most popular and largest public parks, it dates back to the 19th century.

The geographical centre of the capital is not actually in Mitte, but in Kreuzberg. More precisely, on a grass strip located between Alexandrinenstrasse and Lobeckstrasse. Draw circles around this point and it quickly becomes clear that the big city life takes place within just a few kilometres. Kreuzberg and Mitte. Two unequal siblings in the heart of Berlin. Culture, nightlife, work, government. Magical places, world-famous buildings, hidden secrets – it’s all here.

The Mehringdamm underground station is a transfer station providing access to the city via the U6 and U7. The U6 runs in a north-south direction via Stadtmitte and Friedrichstrasse; the U7 runs through Wilmersdorf and Charlottenburg, among other destinations. Buses make it easy to get from Yorckstrasse to Kurfürstendamm, for example. The M19 line runs 24 hours a day. das hofgartenhaus is ideally connected for cyclists. The route from Hagelberger Strasse to Gendarmenmarkt, for example, is just 2.7 kilometres, mostly on wide cycle paths.

A fabulous place for us

With its impressive architecture, well thought-out floor plans and furnishings that will retain their value, das hofgartenhaus is destined to become your new favourite place. 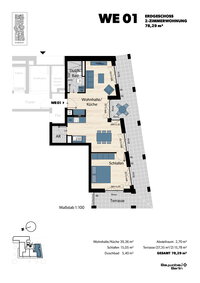 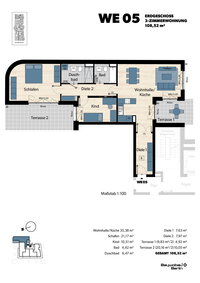 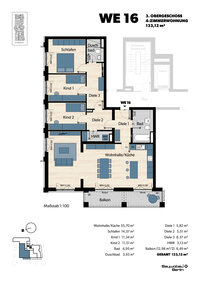 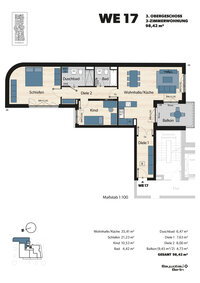 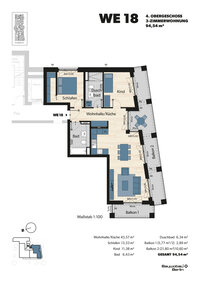 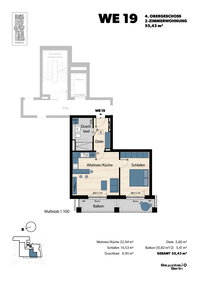 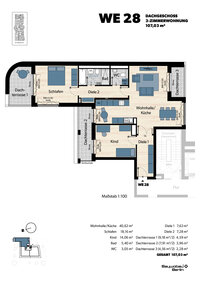 Thanks to sustainable construction, every apartment boasts high energy performance and exceptional thermal insulation. They meet the strict requirements of the German Energy Saving Ordinance (Energieeinsparverordnung 2014, or now known as “EnEv 2016”), which became more stringent on 1 January, 2016.

For you as a potential buyer, that means a good energy balance and a sustainable investment for the future.

Energy Performance Certificate under preparation; the figures are still being calculated.

Estate agent – commission-free for you on behalf of Baywobau

Are you interested in ourresidential properties in Berlin– in particular an apartment in Berlin-Tegel?
We would be more than happy to provide more detailed information.